I had rather naively made the decision that I wouldn’t try to adapted versions of certain dishes that I figured couldn’t possibly be the same as their ‘normal’ counterparts. I saw recipes on vegan blogs and thought ‘they just think it’s good, because they don’t know any better”. Then a couple of weeks ago I […] 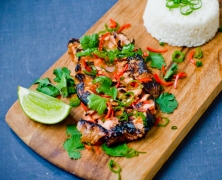 Since giving up gluten, cows milk & eggs, I have felt pretty amazing. I find it sad that I spent most of my 20’s and half my 30’s in an exhausted, sick fog, and missed out on a lot of things I would have liked to do. I had no idea how badly it was […] 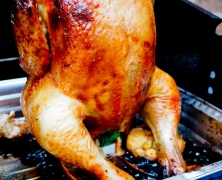 Paul Hogan once made it an Aussie saying to ‘throw another shrimp on the barbie’ even though we don’t even call them shrimp in Australia, they are prawns here. But Beer Can Chicken has slowly been creeping in the past few years, and in my book, it doesn’t get more Aussie than a chicken sitting […]