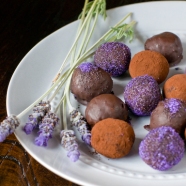 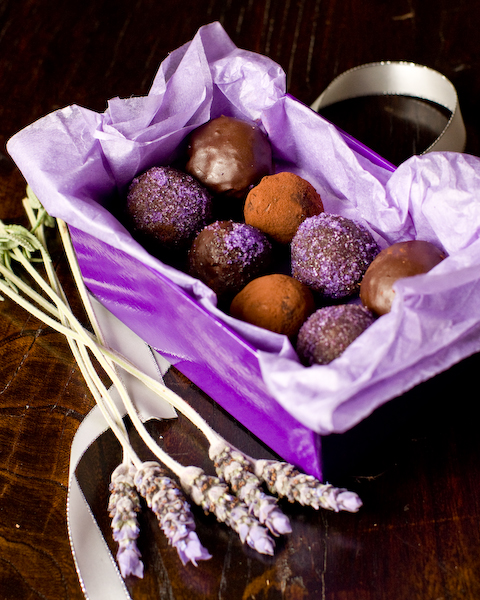 Lavender seems to be one of those flavours that you either love or hate. I decided to have a go at coming up with a truffle recipe, and I like lavender, so I gave it a go. I wanted to test them out to make sure other people liked them, so I took them to my parents house. (My husband had the flu, so he was no help to me, he couldn’t taste anything at all).

After my brother and his partner tried them and both liked them, my mother decided to give them a go. “Mum, you won’t like them, they have lavender in them” I have never known my mother to really like chocolate or sweet things, except for her ferrero rocher stage which lasted only a couple of months about 20 years ago. My father on the other hand, could put Cadbury out of business. I expected her to screw her nose up and spit it out, which is her normal response to something that she doesn’t like. Only this time, she took a bite & then grabbed the container of truffles, declaring that they were hers, and no one else could have any. I though this was quite funny, until I was still receiving text messages at 1.30am  about how good they were.

So being a good daughter I decided to make up a box of them for her, and drop them off after work. Keeping them in the fridge at work was the first mistake, an afternoon slump took over our office, and with the idea that if a couple of us had one each, she would still have plenty left, we opened the box and stole some. Turns out you can’t have just one, and eventually they were all gone. So now I need to make some more, before she reads this post 🙂 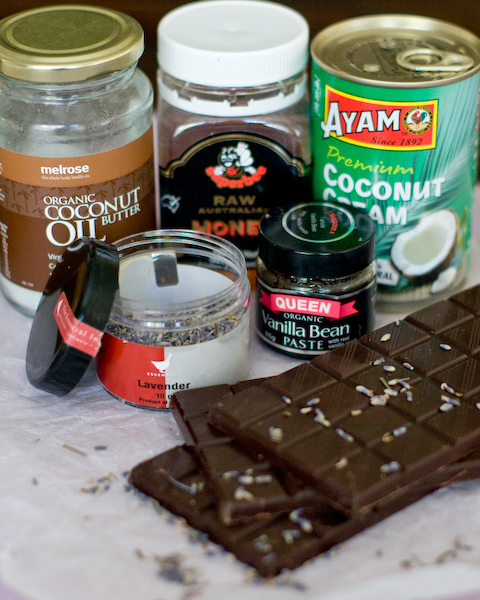 I did a mixture of all 4, and I quite liked the effect. Taste wise, my favourite was the sugar coated, I found the cocoa powdered ones quite bitter, but some people preferred them. 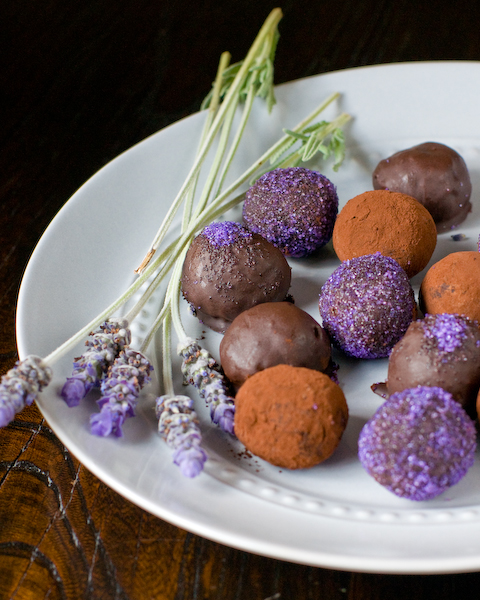 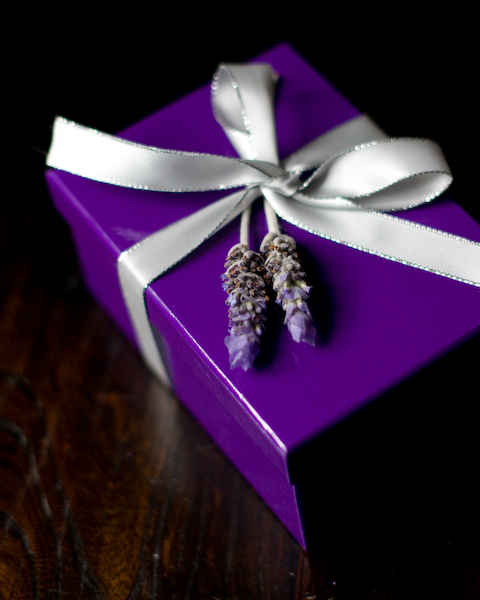